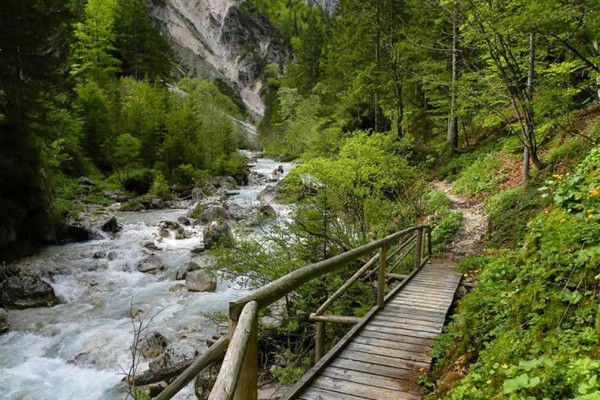 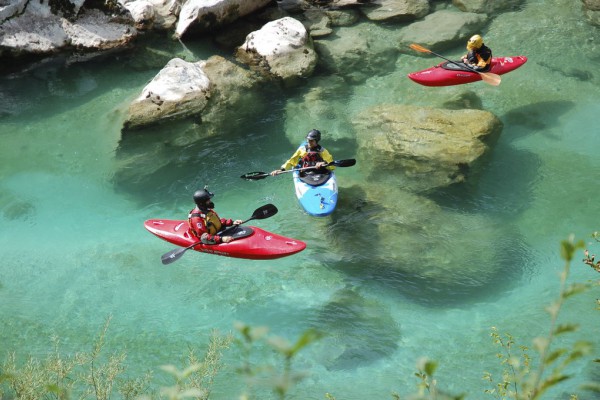 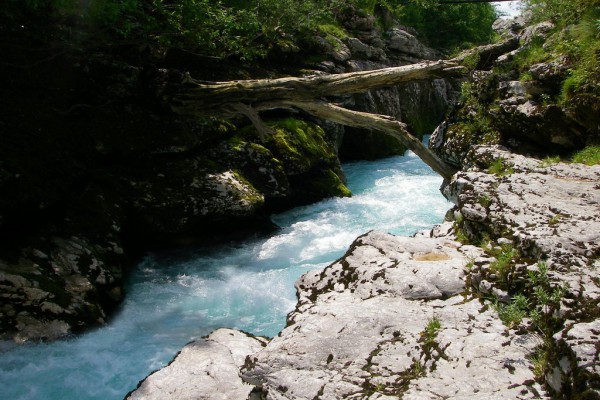 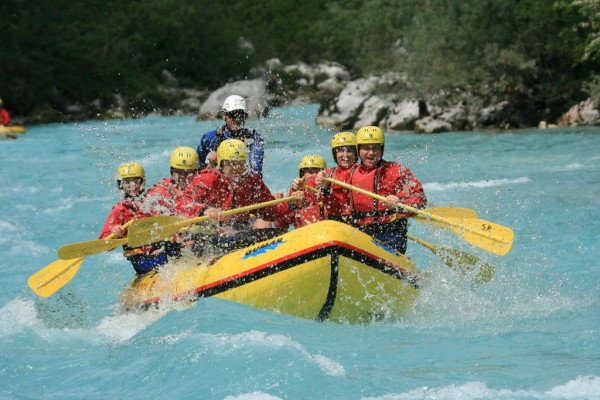 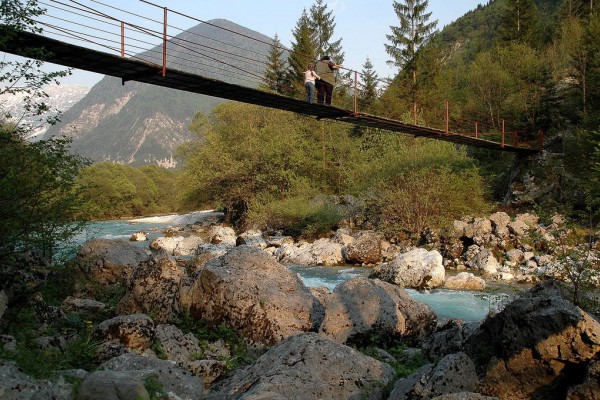 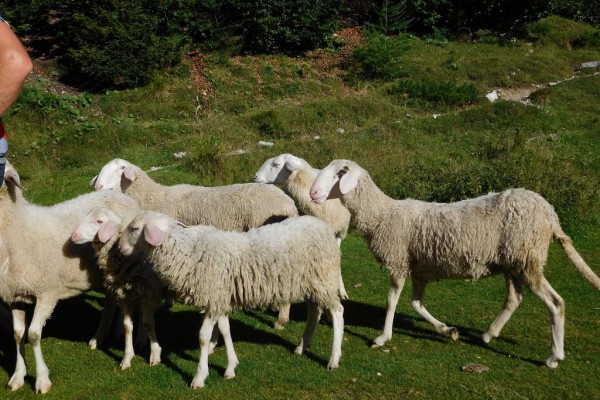 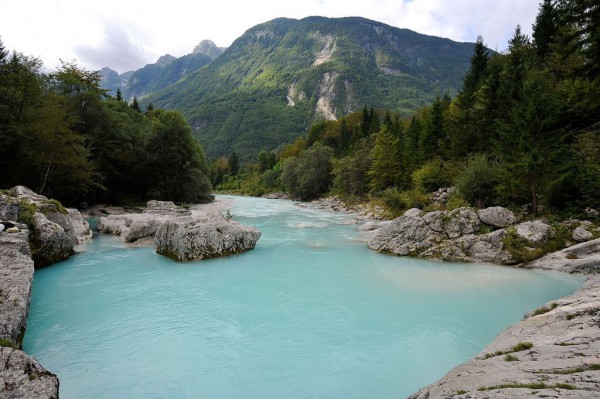 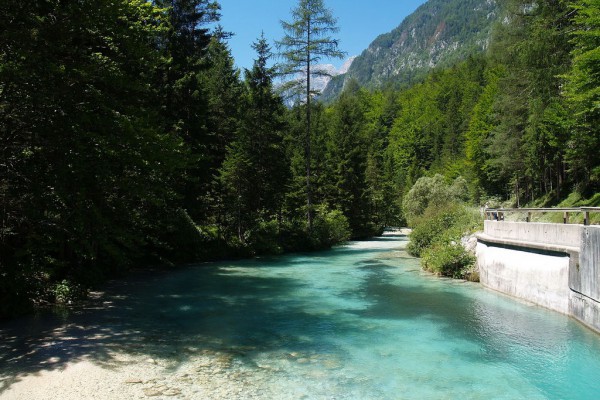 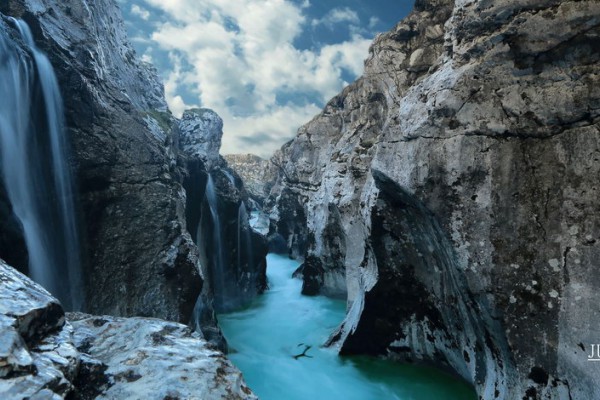 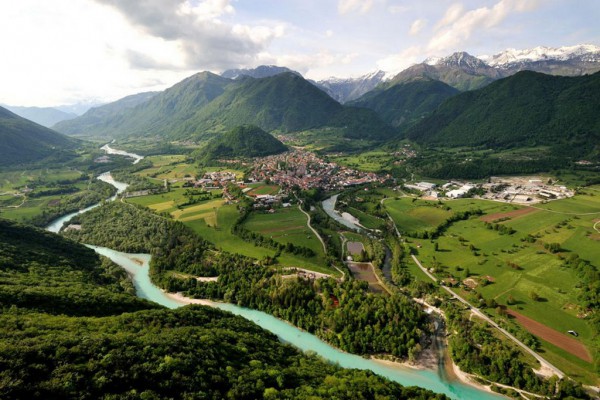 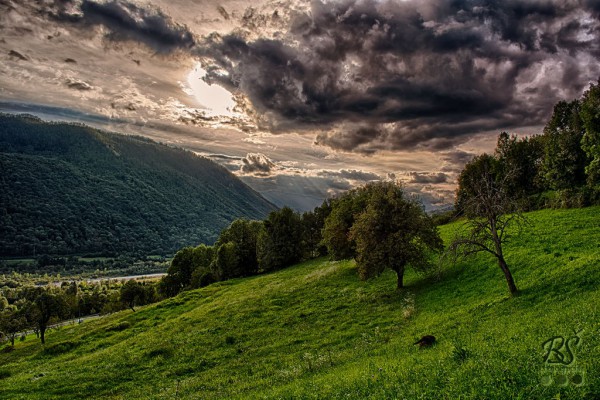 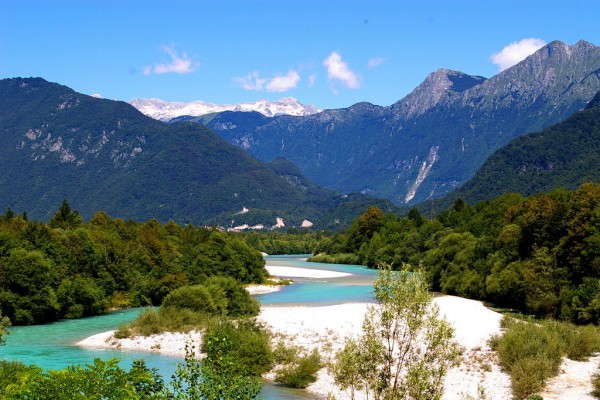 One of the most distinctive and recognizable sights of the region is the emerald river Soča.

In the upper part of the valley is the picturesque village of Trenta, which hosts the Triglav National Park Information Office, a museum, and the Julijana Botanical Garden, Slovenia’s most important alpine botany center. The spots beside the emerald river attract seekers of tranquility as well as those seeking adrenalin challenges. Here, numerous water sports are available, from kayaking and canoeing to rafting and canyoning. Visitors can also experience the valley with parachutes, hang-gliders, and mountain bikes. Slovenia’s highest ski center on Mount Kanin is accessible from the valley where the majority of accommodations and restaurants are to be found in Bovec, Kobarid, and Tolmin.

The Tolmin gorges are the lowest and southernmost entry point into the Triglav National Park and Tolmin’s most important sight of nature. There is a thermal spring in the short horizontal cave under the Devil’s bridge, with an average temperature of about 20 °C.

The natural barriers formed by the pools of the cascades prevented the brown trout from inhabiting the water in a natural way, while difficult access prevented stocking, hence the marble trout was able to survive in its original genotype here.

The surface water penetrates underground where it is heated by the geothermal energy and then it resurfaces through the crevasses and cracks. There are quite a few such springs in Slovenia, but they are quite rare in the Julian Alps.

The Posočje Region (Soča Valley), which unveils breathtaking natural wonders at every step of the way, also stores shocking memories of the most atrocious battles of World War I.

Kobarid Museum displays exhibits on the events that occurred during World War I on the Soška fronta - Isonzo Front. It covers two and a half years of static fighting and portrays in detail the 12th Isonzo battle, also known as the Caporetto breakthrough. The latter is one of the major battles in the history of mankind that has taken place in hilly terrain.